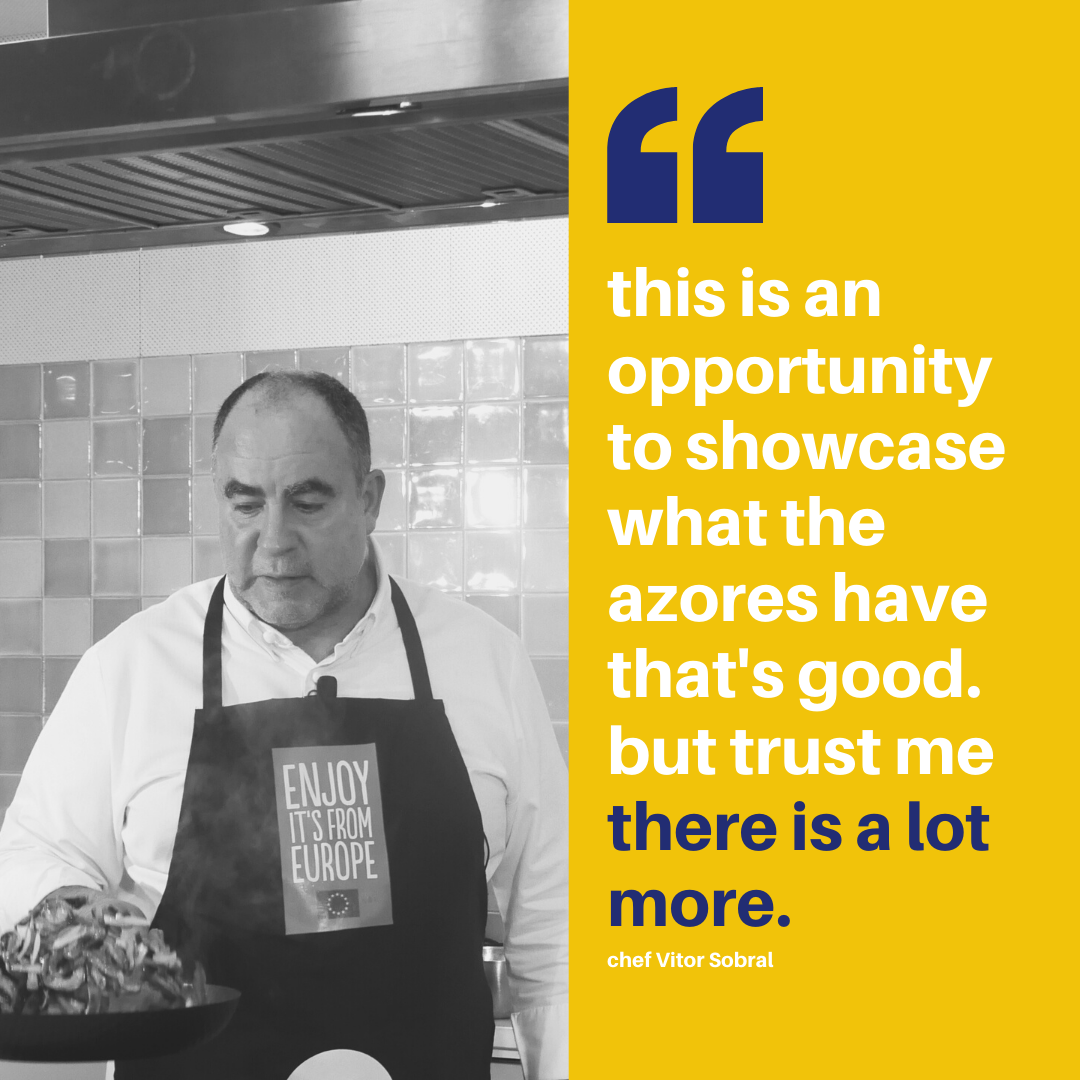 The Azorean dairy production is based on a free grazing system, with small farms and traditional methods to handle livestock. This uniqueness is the secret to our high-quality, full-flavoured cheeses and to reveal all our secrets we will organize an intimate live show cooking with the very awarded Chef Vítor Sobral. At 53, Chef Vítor Sobral’s career is inextricably linked with the history of Portuguese gastronomy over the last three decades. A chef long before chefs were in the media spotlight, he has always defended the most noble aspects of tradition and the art of eating well. In 1999 he was honoured Chef of the Year by the Portuguese Gastronomy Academy, and in 2006 he was awarded the honour of Commander of the Order of Prince Henry the Navigator by Portugal President Jorge Sampaio, for his work in promoting Portugal around the world. He is the most present Portuguese chef in the world, with restaurants on two continents. During these workshops the project and the Azorean cheeses will be presented to cheese importers, Chefs and opinion makers, to show how to get the best out of our delicious cheeses with simple and tasty recipes developed by the Chef.

Sorry, the comment form is closed at this time.